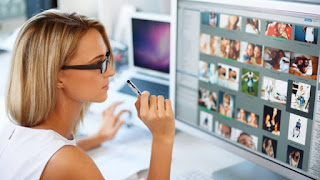 Being a successful career woman requires a lot of things, ranging from the ability to luck. Who would have thought, research proves that luck can be created? This is the secret.

For a long time, we have known the name 'luck'. People call it by various names, looking at it from different approaches, and responding with different levels of seriousness: Luck, God's hand, beginner's luck, karma, and so on. However, much scientific research related to luck gives a surprising conclusion: Anyone can be more fortunate.

"We are responsible for most of the luck we have," explains Richard Wiseman, Ph.D., a professor of psychology and author of The Luck Factor. For Wiseman, luck does not come from outside, but from within. And here are some factors that distinguish the lucky and the unlucky. Please use this secret to increase your luck in your career.

# 1 Expect good things
When a person feels fortunate, he will increase his chances of getting something out of a random probability. "Their expectations are a dream come true," Wiseman explained. The explanation is: When you trust yourself, you will be more motivated than others.

As a career woman, you need to increase self-optimism in the workplace. This, in addition to impacting your daily work, is likely to increase your career luck over the long term.

# 2 Use the amulet
We are not talking about amulets, like agate, for example. In fact, any object can serve as a talisman as long as you believe it. A study was conducted in Germany in 2010 involving memory games. As a result, players with talismans get higher scores than those who do not. Make pens, notebooks, or other jewelry as your lucky charm when important meetings arrive.

# 3 Breed fortune
Yes, roughly, it's like raising luck. How? Mix with more people. Thus, you will open a lucky tap. Colleen Seifert, Ph.D., the cognitive researcher from the University of Michigan, suggests that you go out of your daily routine: Attend to a conference, make a charity event, or simply follow a diving lesson. "Incorporating the clutter element in your life will open you to new opportunities," said Seifert.

On the other hand, Wiseman's research also found that people who feel lucky to know more people than those who are not lucky. That is, a career woman should not stay in her comfort zone. Expand the network every day, then luck will come to your career.

# 4 Find the red thread
"Finding the wisdom of misfortune can help your brain to process a situation differently," according to Tania Luna, co-author of Surprise: Embrace the Unpredictable and Engineer the Unexpected book. In his research, Luna looked at the brain parts of children exposed by images with intense emotion. But when he explained the event, the children's brains showed a decrease in activity around the amygdala, an area that processes fear.

The lucky people have the ability to turn the mental blocks into something positive, as shown by the children after being briefed by Luna. It makes a good fortune on them, because they are constantly taking the opportunity. So when something bad happens in the office, make sure you ask yourself this: What have I learned from this? What do I want now? How to get it? Do not let negative thoughts block luck in your career.

# 5 Believe in instinct
A driver stopped his vehicle for no reason. A moment later, a truck passed right in front of him and hit an electric pole. The driver survived and said, "I'm lucky!" Yes, he might be lucky. But there is a scientific explanation for the illustration.

The human body processes much more information and quickly subconsciously, rather than consciously. In one study in England, the subjects were asked to take cards from different piles. There are two deck cards, which the researchers have filled the first deck with two high-value cards, and the second deck is of low value. The subject does not know about this.

In the study, researchers observed the subject's heartbeat. As a result, each subject was about to take a high-value card, their heart rate slowed down. That is, the body feels the difference long before the mind concludes. So, believe in your instincts. Many successful and lucky people see 'conscience' as the primary consideration in making decisions.

As a career woman, you may find a situation where 'conscience' asks you to do something that sounds impossible, like a career move or, if you are a homemaker, stop working and open a business. Of course, there are various considerations before doing. First, make sure that it really sounds from the heart, not temptation for a moment. Second, make sure you have the preparation before deciding. If you're sure, it's time to increase your luck!